Throughout my time in aviation, from the time I started flying – through my career in the Marine Corps and now flying for personal and business travel – I have never understood those professional pilots I encountered who no longer fly. Sure, sometimes you may lose a medical or lose flying privileges for some other reason, but what I am referencing are the large number of pilots who just choose not to fly anymore. It’s like they have fallen out of love with it! And I just don’t know how that’s even possible! 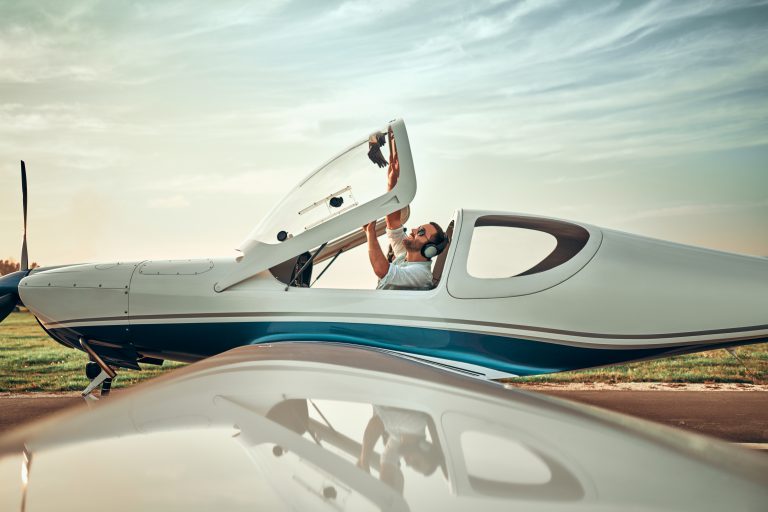 Sometimes the reason given is financial, although in most cases this concern can be easily overcome. Sure, flying does have expenses associated with it, but if you really want to fly, there are opportunities available. Partnerships or flying clubs such as the ones managed via Coflyt will generally offer the chance to fly within any budget.

New services being offered by companies like Share My Aircraft provide you with the opportunity to build a partnership with others in your area, or to buy an aircraft and lease time to others. In any case, while financial reasons are absolutely legitimate, there are plenty of chances to get in the cockpit, if you are willing to develop those that fit your budget.

So, if you take away the financial reasons for not flying and assume these former aviators can pass a basic medical, why would anyone, who at one point had a love for flying, just quit doing it?

For the sake of this discussion, I am primarily referencing professional pilots who have spent most of their time in the cockpits of military, part 121 or part 135 aircraft. These are all pilots who came through highly intensive training environments, many with ATP ratings and all with the necessary training to achieve an ATP rating.

I am no psychologist or career counselor, but wanted to open this discussion here because it is a question that has remained unanswered for me. Every time I ask pilots I meet in this group “Hey man, are you still flying?”, I almost expect the answer to be “No.” “Why not?” I ask, and honestly I never seem to get a great answer.

I spent seven years in the Marine Corps, progressing through training in the T34C, then the TH57 and spending most of my Marine Corps flight time in CH46 Helicopters. I loved the Seaknight! During that time I crossed paths and developed relationships with several hundred other pilots of all types of aircraft. We flew together, deployed together and went to war together, building relationships that I’ll never forget. Several of those pilots had longer careers and flew other aircraft in the Marine Corps. There were a few others who left the Marine Corps, but continued to fly in the reserves or pursued a professional flying career outside of the military. But out of those hundreds of military pilots, the number of those that continued to fly for a paycheck of some sort was probably around 10, and certainly fewer than 20. So why doesn’t this group of former military pilots continue flying? 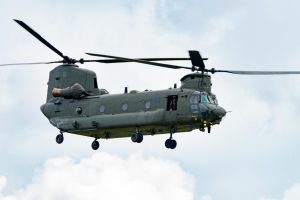 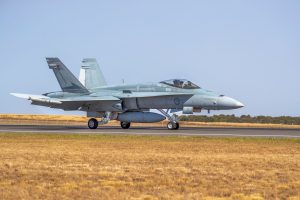 I have a few theories. Many never flew outside of the military and have no sense of flying as a civilian. Their first flight was in a military aircraft and during the time I was in, it was a turbine T34C. Can you imagine? Your very first flight in a turbine! Also, while they received the best training in the world, a FAA license does not come with your wings of gold. Most people not involved with aviation don’t realize this, but you can get your Navy or Marine Corps wings in Pensacola, fly until you retire from the military, leaving with 5,000 flight hours and still not be considered a licensed pilot by the FAA! Doesn’t that sound incredible and ridiculous!?

My point is, although expert pilots, in many cases they do not have knowledge of flying outside of the military and do not have the license to do so. Maybe the FAA, AOPA and others should work with the Department of Defense to provide an easy transition path to civilian flying, along with the appropriate rating to help keep these trained pilots in the air. I believe that we as an industry need to make it easier to transition from flying for the military to flying as a civilian – especially for those who don’t choose aviation as a career after leaving the military.

Coflyt is creating tools to educate pilots and assure they understand aircraft ownership, and we would love to help our Veterans who are pilots move to flying as a civilian. Many do not know what they are missing because they have never enjoyed the pure joy of flying for the sake of flying!

The other group that seems to lose interest in aviation, or at least the desire to pursue it privately, are the pilots who have spent most of their career flying part 121 aircraft.  Although many of these pilots have historically been trained within the military, there is an increasing number who are building their time in private aviation while pursuing a career with the airlines. They have all met both the medical and FAA requirements for flying, so why does this group, likewise, seem to abandon the cockpit? These are professional aviators who you would assume had that passion for flying at some point, or wouldn’t they have pursued another career? Using today’s requirements, these pilots would have built 1,500 hours in general aviation cockpits prior to reaching the pinnacle of their professional career in the airlines. You can probably attribute some of their cockpit abandonment to burn-out. Many of these pilots have 5,000, 7,000 or even 10,000 flying hours mostly in the airline environment. The other cause could be the high standards of training and check-rides they experienced in the part 121 environment may lead them to be skeptical of the safety standards within GA, or even their own safety standard when considering flying a GA aircraft.

For this group, it would be great to see a re-awakening of the joy of flying while they are still in their 121 career or soon after they depart. These pilots have so much knowledge and experience that could be shared with younger pilots dreaming of following their path. I would love to see them become mentors for those in aviation as a whole and those pursuing aviation careers. Again, there is an opportunity for pilot groups such as AOPA, EAA and others to engage with these pilots to rekindle their love of flying and pull them back into general aviation.

At Coflyt, we want to increase the joy of flying for all pilots by creating a safer, more efficient and economical environment for aircraft owners and pilots. If you would like to engage with us on this topic, please reach out. This is important for our community and we’d love to hear your thoughts, feedback and personal experiences flying. And don’t forget to start or keep flying with #PilotPeaceofMind!